Are you ready to add the Matrice 300 RTK to your fleet?

Inspection, surveying, and public safety organisations are already using the Matrice 300 RTK for a wide range of applications to save money, increase data accuracy, and reduce risk to boots on the ground.

The M300 RTK packs quite a punch, so we’ve made a list of the 9 most exciting features of the Matrice 300 RTK.

Designed for safety and performance

After removing the M300 RTK from its hard travel case and assembling its foldable arms, you’ll find that the props and rotors face downwards. The M300 RTK’s body, and its centre of gravity, is located above the plane of the propellers, allowing it remarkable agility, acceleration, and manoeuvrability, even in high winds and adverse conditions.

The inverted propeller design of the M300 RTK elevates its body above the arms and props, giving this platform’s six direction obstacle avoidance sensors a clear, unimpeded field of view.

Furthermore, when outfitted with an emergency parachute, the M300 RTK’s props will not cut or interfere with the deployed parachute, providing a safe option for controlled landings.

The M300 RTK is still one of DJI’s most reliable drone platforms to date. Pilots can fly with confidence and peace of mind thanks to six-direction dual visual sensors, dual Time-of-Flight (TOF) sensors, and an adjustable detection range of 1 to 40m. These sensors work even in low-light settings, when the top and bottom auxiliary lights turn on automatically.

A future Circular Scanning Millimetre-Wave (CSM) Radar can be installed to supplement the six collision detection sensors. Pilots can maintain safety while flying near their targets with the M300 RTK, allowing them to gather high-definition data.

You can ascend (and descend) extremely quickly

Pilots can now deploy and reach their targets faster than ever before. When data is collected or it’s time to return home, instead of lowering vertically above your home point, the M300 RTK offers horizontal slope descent at 6m/s. This not only cuts down on time spent waiting for your drone to land, but it also saves battery power and boosts efficiency. 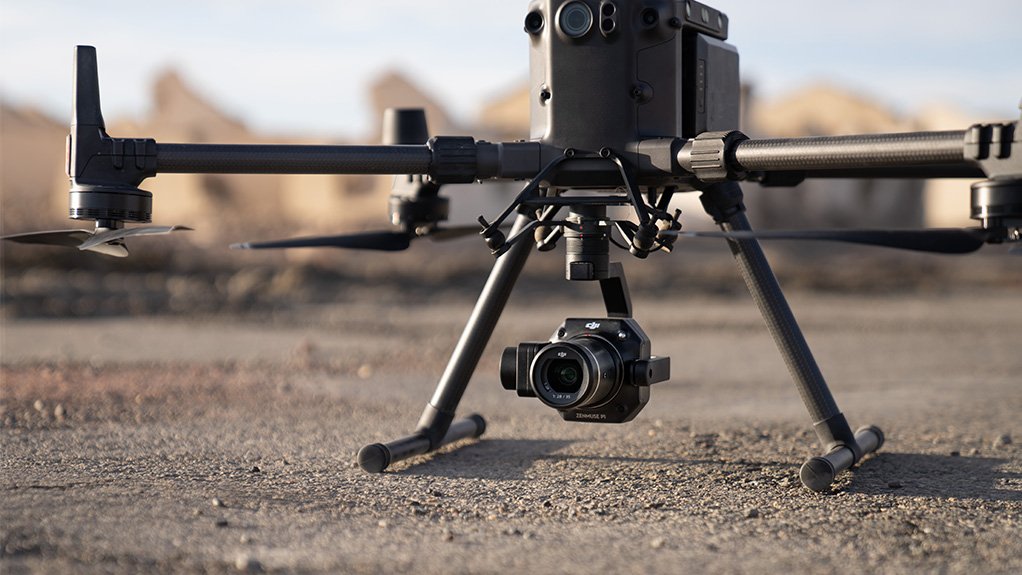 For longer and more difficult missions, you can replace batteries one by one through its hot swap feature, and swiftly return to the skies. The M300 RTK also includes a tough and portable Battery Station that holds 8 TB60 batteries, charges two in around 60 minutes, and stores four remote controller batteries.

The TB60s are reliable even in sub-zero temperatures thanks to sophisticated self-heating, and if one battery fails in an emergency, the other can get you home.

The M300 RTK was designed with safety and dependability in mind. The M300 RTK, like its dual-battery design, is supported with a variety of backups to assure safety in the event of damage or emergency. The M300 RTK is DJI’s safest and most reliable drone to date, with duplicates for most sensors, including an extra accelerometer, barometer, IMU, and RTK antennae.

In the rare event of a motor malfunction during flight, the M300 RTK can make an emergency landing with just three propellers/motors. Basic controls, such as ascending, descending, and horizontal movements, are still in place. Inevitably, the drone and the payload will be damaged during the landing, but the operator can choose to land somewhere away from people or buildings to keep them safe 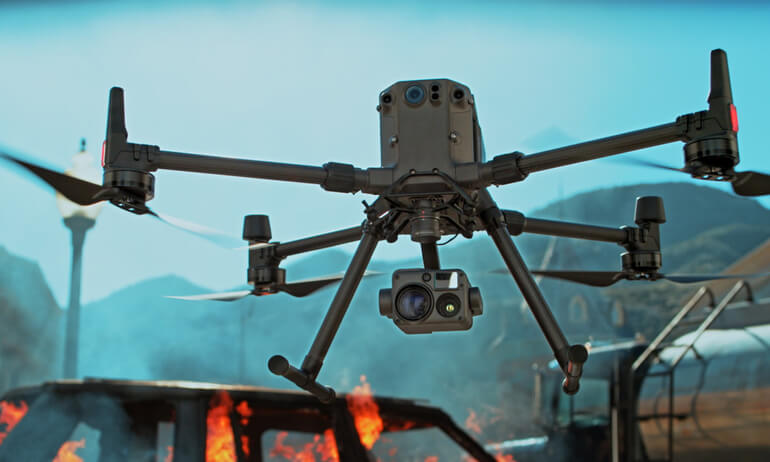 Mount three payloads at once

With its three gimbals, the M300 RTK can carry two payloads below and one on top at the same time. For more flexibility, there is also an Onboard SDK port that lets you use advanced computing power when you need it. The M300 RTK is a heavy lifter that can handle a maximum payload of 2.7 kg and works with the H20 and H20T, two of the most versatile hybrid multi-sensors on the market.

The best examples of this can be seen in the event of a night-time search and rescue operation, whereby a search team may be required to use multiple attachments to locate and communicate with a target.

Utilising the Matrice 300 RTK, operators can do all three simultaneously through one system. Simply attach the DJI Zenmuse H20T or H20N and Wingsland Z-15 Spotlight to enhance search efficiency, and fit a 3rd party speaker attachment on the top of the drone to speak directly to your target.

Search and rescue operations have been revolutionised by the DJI Matrice 300 RTK.

The M300 RTK was the first platform to have DJI’s new OcuSync Enterprise transmission system. OcuSync Enterprise is an upgrade to OcuSync 2.0. It can send three routes of 1080P 30FPS downlink video at 15 km to your remote controller.

With OcuSync Enterprise, pilots can now stay connected to their drone and its payloads for longer and quicker than ever before. Even though the M300 RTK’s smart controller can only show two input feeds at once, pilots can easily switch between displays to get mission-critical data.

Utilising DJI Pilot, pilots have easy-to-use flying interface built into the DJI Enterprise Smart Controller. Pilots have better situational awareness at their fingertips, which lets them do their jobs safely and with confidence.

The M300 RTK has control protocols for two pilots, making it easier and safer to carry out missions. When flying with a co-pilot, you both have the same ability to take control of the flight. This is shown on your DJI Smart Controller Enterprise by a series of icons.

The drone and its gimbals can be controlled by two pilots at the same time. With these redesigned flight control protocols, a visual line of sight can be kept from one pilot to a co-pilot so that missions can be done “beyond visual line of sight.” A mission can start from where one pilot is and end where the other pilot is, otherwise known as ‘daisy-chaining’. A teacher can also help a student pilot learn to fly in a safer way.

We hope that you are just as excited about the Matrice 300 RTK as we are. This powerful machine has a lot more than just these nine cool things. Fill out this form if you want a quote for an M300 RTK, and our sales team will get in touch with you.