How Much Radiation Can The Elios 3 Handle? | COPTRZ PLEASE UPDATE YOUR BROWSER The Idaho Environmental Coalition has been running the Calcine Retrieval Project (CRP) under contract with the Department of Energy.

A series of experiments using the Flyability Elios 3 were conducted in this project to aid in the development of a safe method for removing hundreds of cubic metres of highly radioactive waste from underground storage bins in Idaho, USA.

This happened when exposing the Elios 3 to 10,000 R/h of radiation. 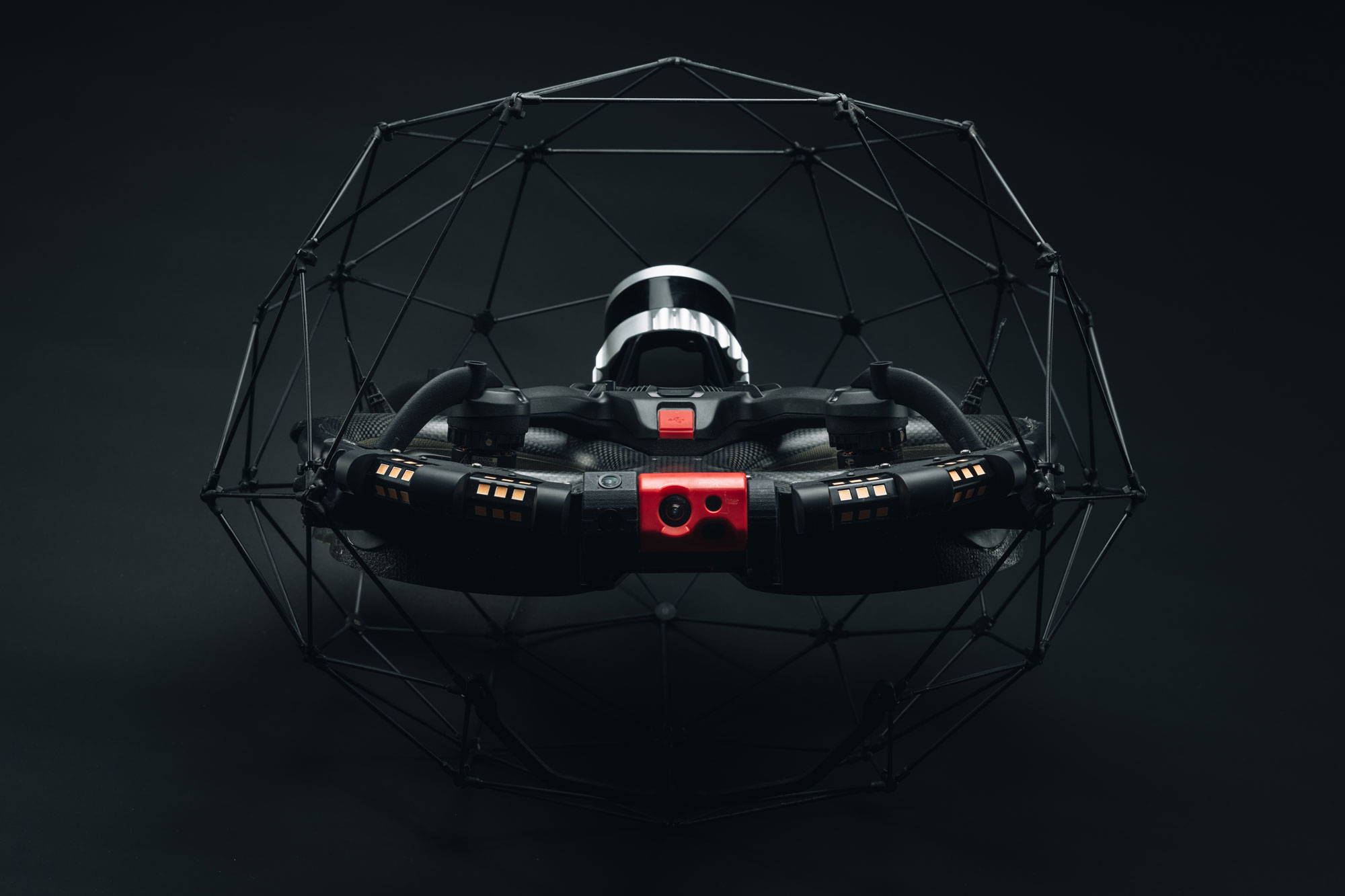 The DOE challenged the Idaho Environmental Coalition (IEC) to find a safe solution to removing radioactive waste buried underground over 60 years ago and relocate it to a new storage facility. Nuclear waste is known as calcine, which is a solid, granular material made from spent nuclear fuel.

The IEC had already developed a unique method to remove the calcine as a first milestone in the project. The method involves drilling holes through the concrete roof of the vault housing the calcine storage bins. Then using robotics to weld access pipes to the bin tops, cut holes into the bins and pneumatically remove the calcine.

Before implementing this new strategy, the IEC needed a clearer understanding of the environment in which it would operate.

To achieve this, the IEC needed to identify all obstructions within the vault above the bins (conduit, support beams, and vent lines) to assess whether these obstructions would prevent the extraction equipment from being installed. Furthermore, it required 3D representations of these obstacles rather than images or video.

After an extensive investigation, the IEC found that Flyability’s Elios 3 indoor drone was ideal for creating 3D models within the vault.

The Elios 3 is engineered to operate in confined, crowded environments and has a LiDAR sensor, which allows it to collect accurate data for 3D mapping.

After deciding on the Elios 3, the remaining question was whether it could withstand the radiation…

To collect all of the data required to create a 3D model of the vault’s inside, the Elios 3 would need to fly to each of the vault’s four corners, taking up to four consecutive 6-minute flights. During this time, the drone would be exposed to an average radiation field of 1,000 R/h, with the most intense radiation field anticipated to be on the surface of the storage bins, where it might be as high as 2,000 R/h.

The only way to determine if the Elios 3 could withstand such a high dose and continue flying was to test and see how the drone operated.

Engineers working on the calcine retrieval project used a high-power X-ray source for radiation testing on the Elios 3 drone.

Purpose: Radiation tolerance tests ensure that the Elios 3 continues functioning properly even when subjected to radiation fields within the storage vault.

The ionising radiation beams were generated at the Idaho Accelerator Center on the Idaho State University campus in Pocatello, Idaho, using a high-powered 450keV X-ray tube.

The Elios 3 was irradiated while operating to evaluate its performance under various radiation field strengths. Dosimetry detectors were mounted directly to the Elios 3 to provide the most accurate estimation of absorbed radiation.

Outcome: After exposing the Elios 3 to various radiation fields, CRP engineers found that the Elios 3 not only met the minimum requirements for radiation tolerance but also far exceeded them.

Here are the findings from the radiation tolerance testing:

To put the scale of 4,000 R into context, it equates to 800 times the dose that a person working in an irradiated environment can legally be exposed to in a year (based on a 5Rem dose per worker per year).

In total, the Elios 3 completed 19 flights of six minutes each in radiation fields of varying strength. The drone was irradiated during each flight, and then the X-ray was shut off after the drone landed, simulating the dose exposure it would receive inside the vault.

It’s worth noting that the IEC didn’t just evaluate the Elios 3’s capacity to fly while exposed to radiation. The drone’s visual camera, LiDAR sensor, and other components used in a regular drone operation, such as the transmitter and gimbal, had to function properly.

During the radiation test flights, the following components were inspected and/or regularly monitored to verify they continued to function properly:

To read the full report on this project, click here.